At the moment a shopping center is operating on the design area. The investors decided to build a more modern center, that can satisfy the new demands of the visitors expected from the sorrounded area. The new shopping center will be bigger, will have about 19 000 m2 letable area, with shops, offices, restaurants and cafés. Together with the construction, the sorrounding will be renovated also. A new public square will give a better atmosphere for the main pedestrian entrance from the south side. The Bécsi street will be also reconstructed. 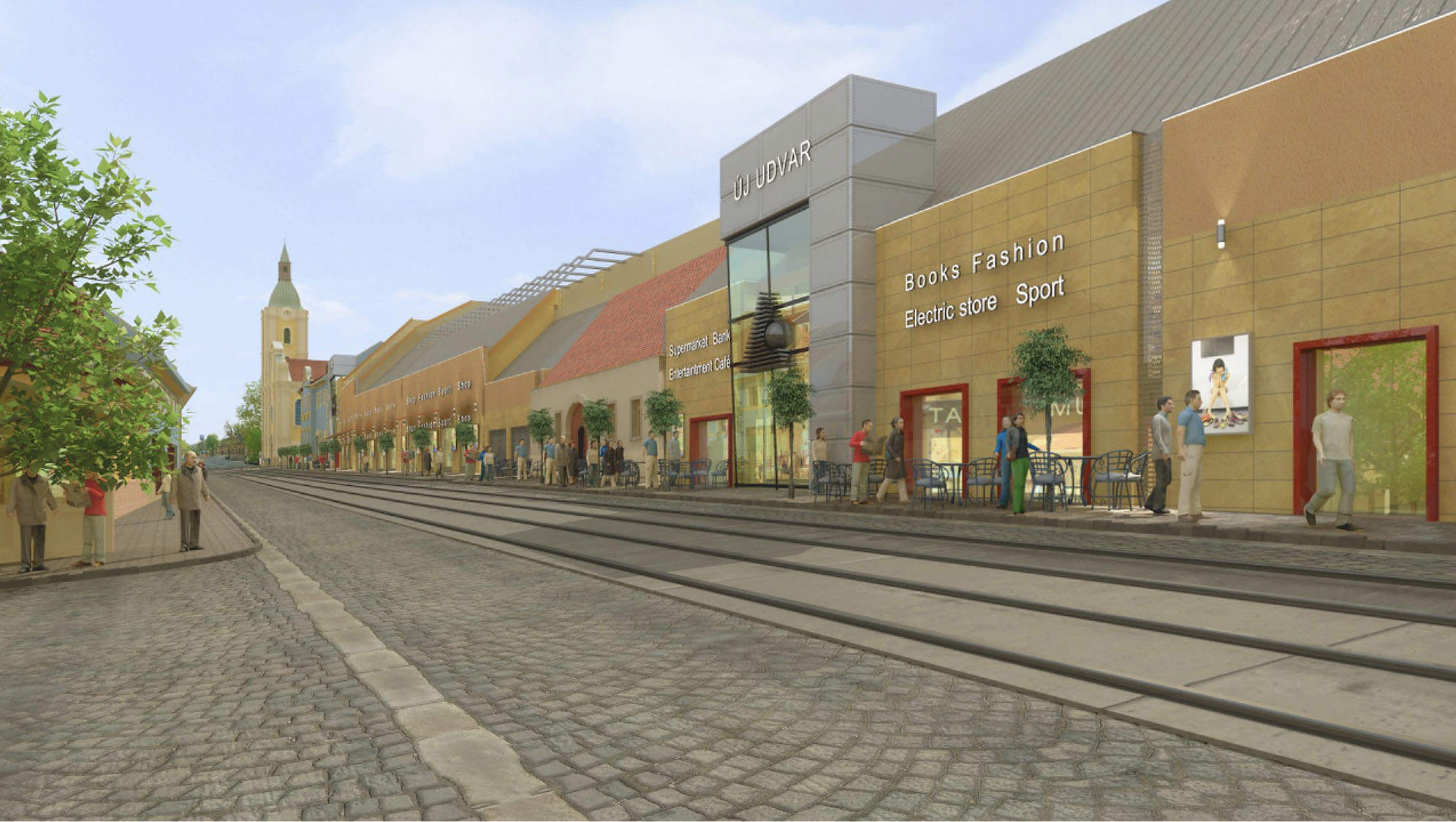 Conceptual design of interior and exterior refurbishment of an existing shopping center in the 3rd district of Budapest.

Casiopea Group enterred into the project in the final phase of its construction as designer and constructor of the built and mobile furniture, the interior and the greenery as well.

Renewal and efurbishment of existing shopping center inculding both interior and exterior reorganization.